By Email voting by the EGF members on April 30 2022 it was decided that: * List of the affected tournaments (see bottome of this page) 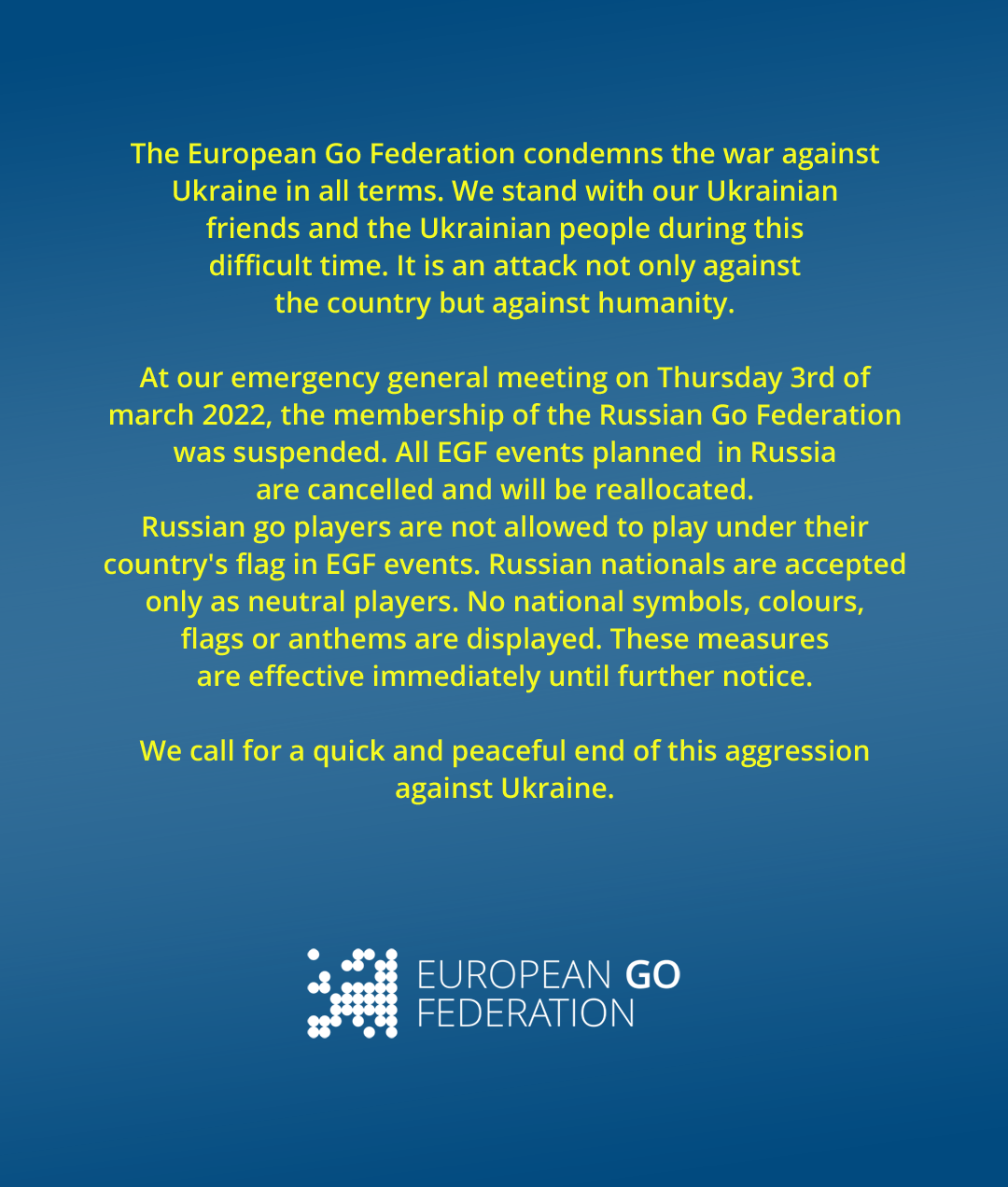