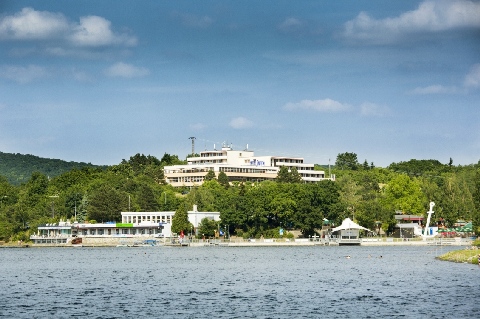 The 14th International Brno Tournament, a Bonus Point C class tournament, was held on the weekend from 4th to 6th September 2015. The tournament took place in Hotel Santon, Brno, Czech Republic. It attracted 122 players from 10 countries from which 21 players were 5 dan or stronger. Many top players had come because of big prices, first price 1200 euro and the top 10 players in rating before the tournament had accommodation and entry fee paid by the organizers. Top two boards were broadcasted on KGS under accounts "Brno 2015a" and "Brno2015b". Some games finished by half a point.