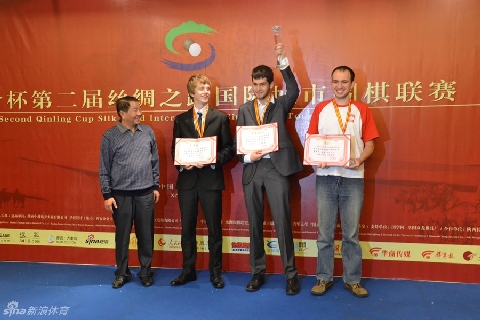 The 2nd Qinling Mountains Cup Silk Road International City Weiqi Tournament will start tomorrow! The tournament is held in Xi'an, China from October 9th till October 11th 2015.
Today, 19 representatives from Europe, our president Martin Stiassny and 18 players have attended the opening ceremony of the 2nd edition of this tournament. Together,players from 21 cities from 13 countries will participate in this team competition. 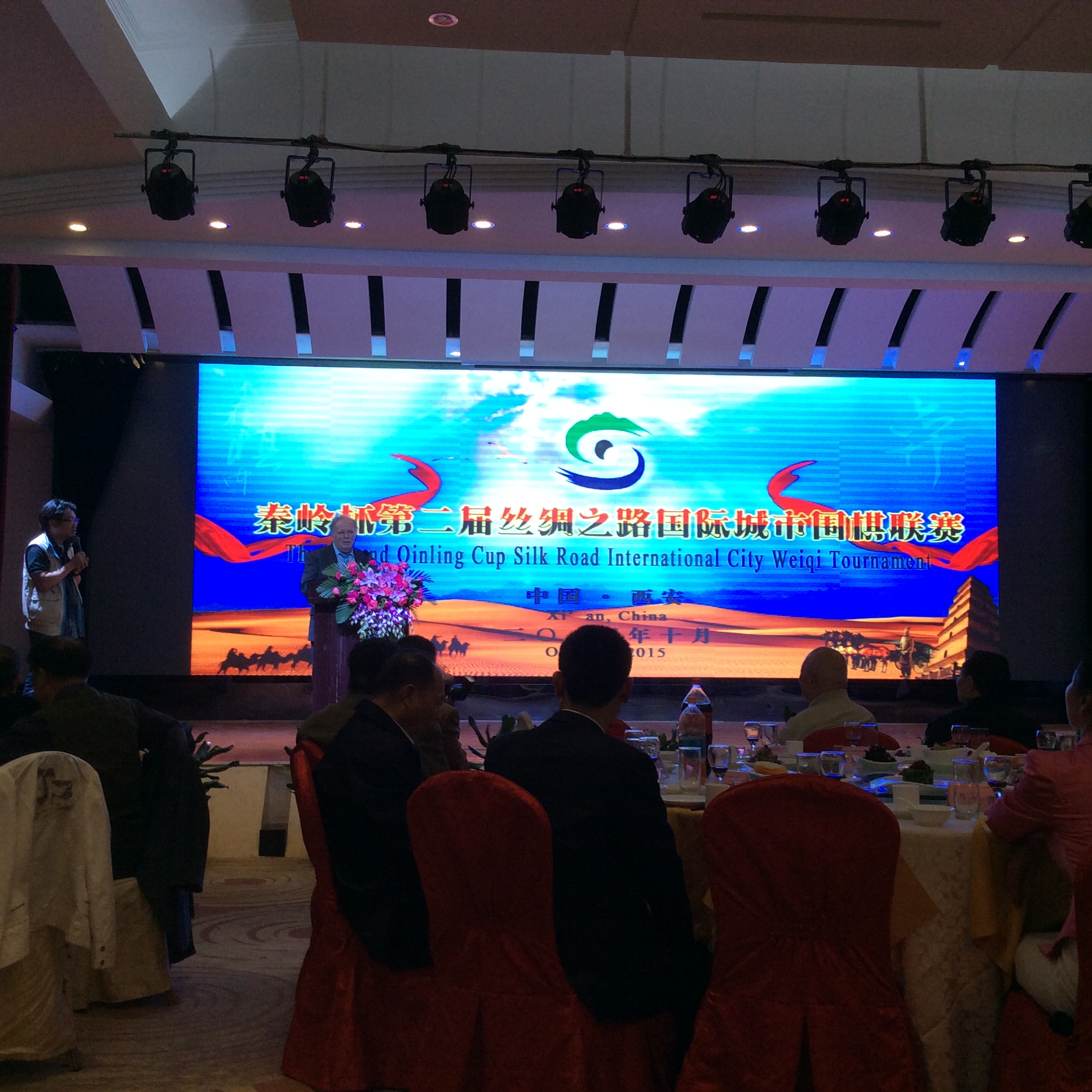 Martin's speech at the opening ceremony.


In the 1st Qinling Mountains Cup, Europe was very succesful. Pavol Lisy got the Champion followed by Ali Jabarin, that time the two new EGF professionals. We will follow the tournament. Will someone from Europe be the Champion again? Let's see. 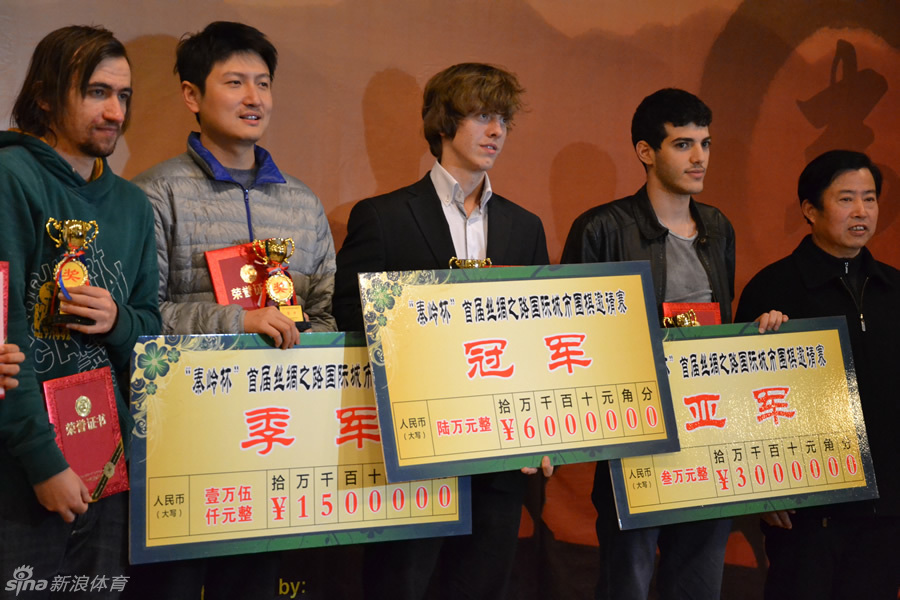 
Details:
9 rounds, swiss system
Chinese rules,
Thinking time: 60 minutes sudden death.
From China, only amateur players not younger than 25 years old and must be from a city west from Xian can participate.
Participation fee: 2.000 RMB per team (667 RMB per player)

Only Tanguy Le Calve has 3 points out of 3 from Europeans. There are seven more players without a loss in the tournament.

There are 4 players with 4 wins in the tournament and 15 players with 3 wins. 7 out of them are European players.

Mateusz will play against undefeated player.
Ali will play against Chinese opponent. Mateusz's opponent from last round (They also played last year in the 9th round, Ali has lost that game.)
Artem plays against Ke Yang, chinese 6 dan. He beat Alexandr Dinerstein in 6th round and finished 5th place last year.
Pavol is paired against Krit Jamkachorkiat, 4 dan from Thailand

Mateusz and Pavol had same SOS & SOSOS. They had to draw who will be officially second. Mateusz is 2nd place, Pavol is 3rd place. Actually, they are both 2nd and 3rd, they share the price.
We will attend the closing ceremony at 18:30 now.

The prices are for an individual player.

Unfortunately, Ilya Shikshin Cristian Pop and Rémi Campagnie did not arrive. Ilya Shikshin had problems with his visa.
Comments:
Ofer
#1
11.10.2015 7:01
I'm not sure I understood - the only meaning of the team is that members of the same team don't get paired against each other?
Pavol
#2
11.10.2015 7:06
First 6 teams will get some kind of an award. I think players from the same team can play against each other. It doesn't effect the tournament itself.
Jana_H
#3
11.10.2015 13:02
Did not all players play all rounds?

Kachnak
#4
11.10.2015 14:56
Congratz to team Central Europe (for both team and individual successess). Is there somewhere complete walllist of the tournament?
Pavol
#5
14.10.2015 19:15
Everyone from Europe played all rounds. I have put link to complete results here (in Chinese).
The tournament will happen next year and many years in the future. Always somewhere on the Silk Road, so possibly in Europe.