Back
EYGC 2020 in Prague
By Tony Claasen | News | 10.03.2022 20:24 | Views: 1206
First of all I have to apologise for the late publishing of this article.
My only excuse is that due to the latest events in Europe, the invasion of the Ukraine by Russia, brought about a big change in my circumstances, as I became the host of some refugees from Ukraine. The Czech Go ascocation is doing a great job by setting up a fund to be used for go players from the Ukraine who have now been left homeless because of the war.

if you want to help as well have a look here!

The European Youth Go Championship (EYGC) began with 114 participants this year. There were 32 players in the U12 category, 42 in the U16, and 40 in the U20 category.
Twenty pairs took part in the pair go side event.

In the main event two players, one from the Ukraine and one from Czechia, were allowed to play online due to the impossiblity for them to travel for different kind of reasons.


Astonishingly, all the children, even the very youngest ones, seemed to play very seriously, gaurding there concentration during the whole game.


And than finally in the last round a small incident happend as a young player pressed his clock without playing a move. After a short and hectic discussion, the game restarted at the point just before the mistake was made. And, instructively, everyone was happy with this decision.

All results from every category can be found here.

All participants of the EYGC were given 8 days access to AI-Sensei, and all were given a keepsake, individual Diplomas for Participating in the championship.

1) prizes for top 3 players in each category

The winners in the different categories are:

The winners were:
1. Arved PITTNER from Germany
2. Davide BERNARDIS from Italy
3. Denis DOBRANIS from Romania

All winners got vouchers, and the prize of a lesson with Choi Cheol-han was won by the winner of the category U20. This prizes were sponsored by the EGF and Moyo Holding through CAGO and JIGS.

The winners were:
- U12 category: Lilly Hu from Austria
- U16 category: Anna Melnyk from Ukraine
- U20 category: Antonia Stanciu from Romania

There were vouchers for best players sponsored by Guo Juan Internet Go school.
As no player, excepting the winners won all 6 games, players with 5 wins were awarded 40 € vouchers:

Fair play prize:
a 40 € voucher was also used as a fair play prize. 14 years old Vojtech Bocan agreed to play U20 category instead of U16 category because there was an odd number of players in both categories. He could have had much better chance of a good result in the U16 category than in the U20 category, where he was instead one of the weakest players.

Vouchers sponsored by Yoon Young-sun and her Awesome baduk online school as consolation prizes.
It was an excellent idea of Yoon Young-sun that not only the best players should be rewarded, but that there should be also some gifts for unsuccessful players in order to support them in their determination to learn more go. Therefore, the following prizes were also awarded from awesomebaduk online school


As for pair go tournament, besides the prizes already mentioned above, the top three pairs won cups for winners and diplomas for 1st, 2nd and 3rd places. All other players participating in the pair go were given Diplomas for Participation as souvenirs. In addition, all the players in the pair go got to choose between a mug or a bottle, each designed especially for the pair go tournament. As if this wasn't enough, the top 4 pairs also got T-shirts with a special EYGC design.


An impression of the organisation team:

First of all we are really happy that we managed to organize this championship even in the current world situation under very good conditions for all participants. Secondally, would like to thank our sponsors who supported the event, and also our organization team of czech go players without whom it would be not possible. Last, but not least, we are grateful to all the participants who came to play despite the unfavorable geopolitical situation.

The go community had the opportunity to show that we are strong together, able to help each other, and create a safe place for everyone. We think that these values have been shown throughout this championship, and we do believe that this event will be remembered for a long time!

A special thanks should go to those providing all the pictures for this article Jaromír Šír and Jaroslav Kotowski.
More picture of the EYGC can be found here. 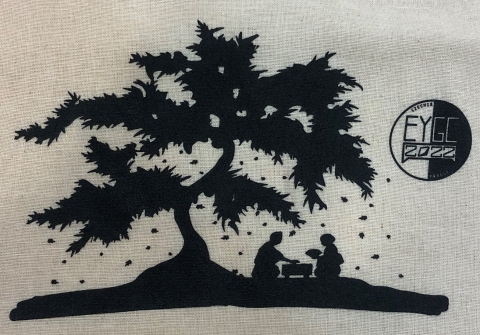 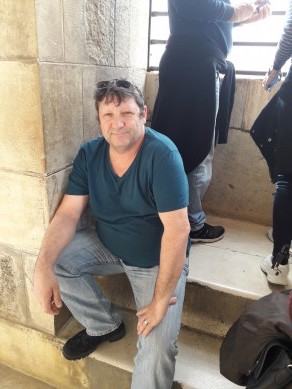