In August - September 2020, a competition between teams from Europe and from Shanghai Fudan University took place online. The tournament was held in a "win-and-continue" format which is often used in prestigious competitions such as the Nongshim Cup. In the first Fudan - Europe competition, each team consisted of eleven players whose level ranged from single-digit kyu to professional.

The friendly tournament was played at a pace of one game a day. In the beginning, Anna Melnyk 2k from Ukraine managed to eliminate four players from the Fudan University team catching the attention of Chinese media. Later Wang Zhiyuan 5d managed to beat five European players in a row. In the end, just one player was left in each of the teams: Artem Kachanovskyi 2p, and Shi Jinbo 3p. Shi Jinbo won the game and brought a victory to the Fudan University team. You can find out more about last year's competition in the article written by Artem.

Six promising players of the U12 category joined the European team. The Chinese team consists of students from the Blue Elephant School. The "Blue Elephant" is a school in Shanghai where children study calligraphy, painting, and go. It cooperates with the Fudan University Weiqi Association.


In the above photo, you can see the coach of the Blue Elephant Go team - Aimee Ye 3p. She initiated the organization of the whole event. 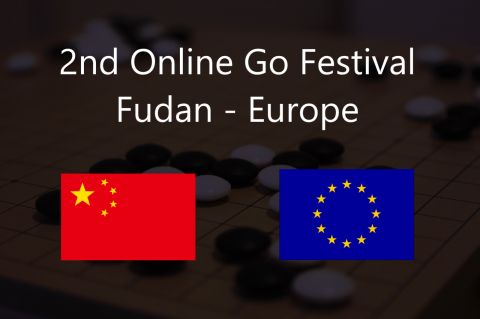