The 49th Paris International tournament, a six-round Bonus B tournament, took place in a historical school in the center of Paris during the Easter weekend (16-18 April).

Last year, the tournament was held online and the year before, it was simply cancelled due to COVID. Therefore, it felt really good to have the chance to meet go players in person again at this big event! This time, I was fully on the organizing side, helping the tournament director, Ralf Wurzinger, and other volunteers.
We had about 142 players, along with many visitors and helping hands (thank you!), and we were also very happy to welcome a few young players from Ukraine who are currently refugees living abroad and who, despite the war in their homeland, had the strength and motivation to play go.
Now, I’ll write a bit about the tournament and try to convey a few impressions.


As usual, the first round started with a little delay (let’s call it a tradition), but everybody seemed very eager to play: a rather good sign for a go tournament. Organizers were looking forward to the start of the games, so they could get 80min+10sec Fischer time to take a small break and review the mistakes in their organization-fuseki.
In the corridors and over the go boards, participants were making predictions about who would win the tournament. Would it be Dai Junfu 8d, because it’s always Dai Junfu 8d?

Although he had said – “There are almost 10 6d+ players in the top group, the competition can really be strong. Even though I am classed as an 8d, the lack of practice is a vital point for me. I need to get in shape during the first rounds or I will for sure have problems during the crucial games for the title.”

Or would Kim Dohyup 7d from Korea win easily, as he has a very long list of wins against European players?

Could Benjamin Dréan-Guénaïzia 6d manage to rustle up a win with a lucky pairing, sparing him from these two “terrors” of the goban? Aha, but maybe then he would lose to Cornel Burzo 6d? (spoiler alert: yes)

The first player who had the chance to challenge Dai Junfu was Vsevolod Ovsiienko, 4d from Ukraine. Unfortunately, the game didn’t go as he had planned:

“When the game started, I felt I couldn't win. I wanted to play a good game, maybe lose by 5-4 points… It was a great game, in the yose I was losing by about 5 points, but then I lost a big group, which was not very nice because I wanted to lose by just a small margin…”


The second round brought more unexpected results than the first. On Board 2, the feared Kim Dohyup 7d (Korea) lost to Valerii Krushelnytskyi 6d (Ukraine).
I must say, Valerii had arrived early to the tournament venue and helped us carry tables and heavy drinks for two hours, so I already knew he was strong. But that was another level of strength and power, wow! And the best part of all this? We were now sure that there would be great suspense until the end of the tournament. New bets and speculations started to circulate in the corridors. Maybe even Dai Junfu started to be a little bit nervous. Unfortunately, I can’t confirm this suspicion, but let’s just pretend it was so.
Sadly, on the following morning during round 3, Valerii lost to Benjamin Dréan-Guénaïzia, who was for some reason now sitting at the prestigious Board 1.
Out of the top group, some young players were imitating Dai Junfu and collecting victories in a row, a good promise for the new wave of go.

The main activity of that second day of the Paris International was the Lightning tournament, organized by François Bourhis 3d (France): 10min sudden death/player, a pool system, and €150 for the winner. I couldn’t attend, but for the sake of this report, I gathered some words about it:

“Oh yeah, Lucas Neirynck 6d (France) won, but the best was that Stephan Kunne 3d (France) totally destroyed Kim Dohyup 7d (Korea) with a 3-stone handicap. It was an incredible game, stones were flying, they were smashing their moves on the goban, cra-zy!” (Camille Lévêque 2d, lightning spectator)


Anyway, all this leads us to the third and final day. The sky was an outrageously bright blue, it was very sunny and the birds were chirping in a spring mood (if you doubt this, I have video proof). But, on the gobans…, it was a way different story.

Although Dai Junfu was the only player in the top group still undefeated, it was not clear what would happen. But I’m probably drumming up suspense here in vain, as everyone has already read in the title that Dai won (or was it a trick? Now I have your attention…) What you may not know is how it happened. The final round saw Dai Junfu face down Valerii Krushelnytskyi (if you were reading carefully, he beat Kim Dohyup 7d in round 2 but lost to Ben0 in round 3, now we’re in round 6).
After a quick start of the game, just as if they had played it many times in their heads, both players started to look very unhappy with the game situation. But they can describe better what happened themselves:

“After a close win against Cornel in the 3rd round, the last game against Valerii was a real battle on a precipice. My opponent played so well that I could hardly find a chance to take the lead. After a huge mistake in attacking his group, my situation became desperate. I was almost 20 points behind and there were only a few places left on the goban to play. I could have already resigned if it were a friendly game.
But we should never give up in competition; experience played an important role in my huge comeback. Finally, thanks to connecting the last ko by forcing my opponent to pass a move*, I won this unbelievable game by half a point. Just like in many dramatic games, the one who comes back and wins with only 0.5... A phenomenon hard to explain, but always with 0.5 point.’’ – Dai Junfu

“Long story short, I lost by half a point.
It was difficult for both of us, let’s say, because I quickly gained an advantage and my primary concern was not to lose it. As you see from the result, I didn’t manage to… But my opponent had to always try his best in order to take back this victory, fight for every point. And in the end it worked out fine, for him….” – Valerii Krushelnytskyi


The tournament was soon over, and after a long closing ceremony full of prizes, everybody left. Some decided to head to the Korean Ambassador Cup in Prague or prepare for the Grenoble Tournament in France.

On behalf of the organizing team, we’re very thankful to all the players and all the people who helped (even our guests, thank you so much!). Also, we’re very happy that the games were broadcast and commented live by our Europeans professionals!

We hope to see even more players next year, for the 50th anniversary of the tournament. And we will do our best to also improve the organization part! :-)

• More pictures by Milena can be found here.
• all the results
• the Twitch commentaries online at least for a week (accounts of the games on KGS : TIP1 and TIP2) 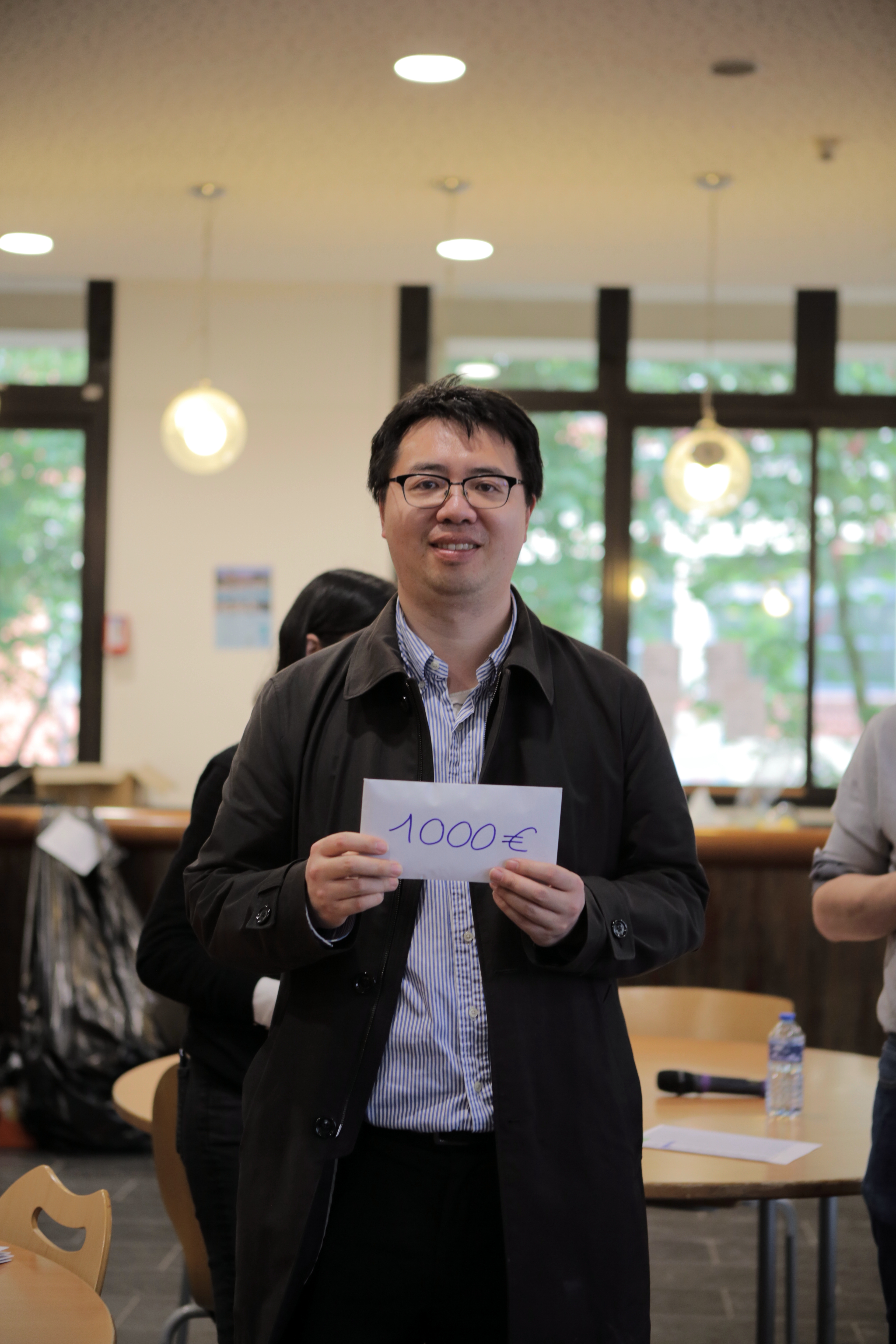