Back
1st China vs Europe Online Go Tournament
By Artem Kachanovskyi | International | 27.03.2020 8:04 | Views: 7344 | Comments: 9
As we all know, currently face-to-face tournaments are getting cancelled and postponed due to the global quarantines which COVID-19 has forced governments to impose. This crisis is not so strong as to stop all go activity in Europe:

Last weekend the European Professional Online Go League started. The games are played each Saturday and Sunday at 18:00 CET, with live commentary by one of the pros at the EGF twitch channel.

This week an online tournament called Corona Cup started. The  tournament is open for everyone, and the schedule is very flexible: after the pairing is made, you have approximately 1 week to play a game against your opponent on kgs. So you can choose the time that is comfotable for both you and you opponent. Apart from that, there are some prizes, and the entry fee is extremely small. All these conditions together, plus the absence of live tournaments, lead to unprecedented number of participants: around 350! Just a little more, and we would have 361...

One more completely new event is about to start. The Chinese Weiqi Association is extending their cooperation with the European Go Federation, and the start-up project is the 1st China vs Europe Online Go Tournament.

The tournament system is same as it was in the Transatlantic Match that happened between European and American pros last year. It's called an "arena" tournament. Each round there is a game: one player from each team. The loser is eliminated, while the winner keeps playing in the next round. The tournament is over when one of the teams has no players anymore.

Both Chinese and European team line-up 10 players each. You can see team members and all the other details at the tournament official webpage, the link is given above. The Chinese team consists of strong amateur players (some of them - top amateurs, world champions). Our European team has a few pros, the rest are strong amateurs.

The games will be played on YIKE Go Server, the most popular Go server in China. Similarly to OGS, you don't need to register or to install any client. Just follow the given link, and I imagine that in the list of the games it should be easy to find the necessary one. The Chinese Weiqi Association claims that there will be Chinese professional player commenting each game.

One of the rules is that each team must have at least one female player, and the first game of the tournament must be played between them. So, here it is, the first match: Ariane Ougier 4d, European Female Champion (France) will play against Song Yiwen 6d (China, Shanghai).
Come this March 31 at 12:00 UTC+2  to YIKE, and watch this spectacular gamelive , and cheer as hard as you can for Europe! 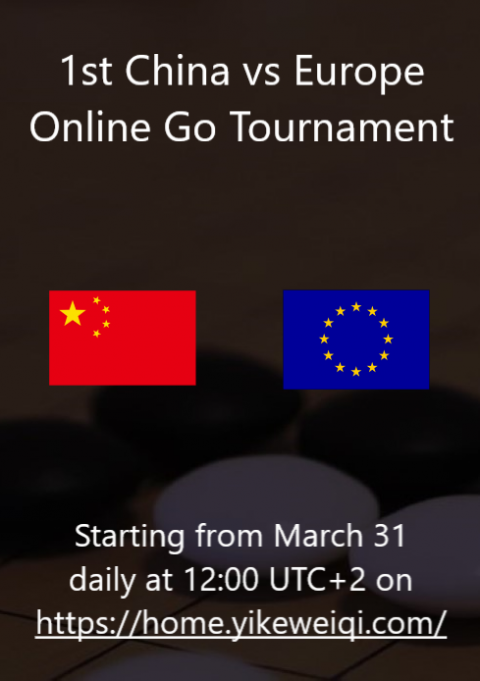 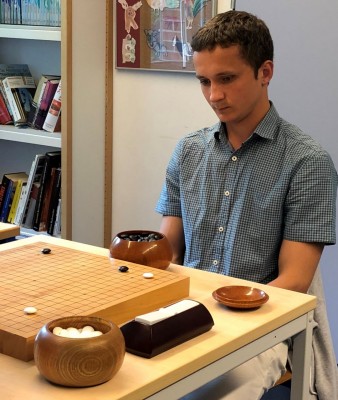 Will there be a way for non-Chinese readers to find the games in the server's homepage?

Just in case I will publish the link to the game here in comments and on the EGF Facebook page once the game is started.
Artem
#3
31.03.2020 7:41
Here is a link to watch the first game: https://home.yikeweiqi.com/mobile.html#/golive/detail/36215

Maybe it will answer to your questions.